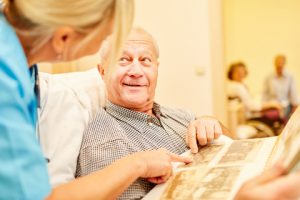 Do you have someone in your family at risk of getting Alzheimer’s?  Have you seen symptoms in a family member and wondered how it gets started. Have you wondered what causes it and if you have a chance of getting this disease?

Alzheimer’s disease is a progressive condition that damages areas of the brain involved with intelligence, memory, behavior, judgment, and language.  It is the most common form of mental decline in adults over the age of 65.  It  gets worse over time, and the disease varies from person to person.  Some people may be able to function well until the later stages of the disease. Others may lose the ability to do daily activities in earlier stages.

Scientists do not yet fully understand the causes of this disease. There probably is not one single cause, but several things that affect each person differently. Recent studies indicate that amyloid-beta protein may cause this disease. In healthy people, amyloid protein crosses the blood-brain barrier (a wall of blood vessels that feed the brain and regulate the entry and exit of brain chemicals) and then leave the brain.  Then amyloid-beta protein can’t pass through that barrier. As more amyloid-beta protein accumulates in a person’s brain, they become more and more mentally affected. Doctors usually evaluate the risks of getting Alzheimer’s by taking a family history and evaluating symptoms, age, and results of various testing.

Do you consume a lot of sugar?  Sugar is thought to be one of the biggest threats to age-related diseases such as Alzheimer’s. Blood sugar problems that cause excess glucose in the blood, has been added to the list of risk factors for Alzheimer’s. It causes a chemical process called glycation. Glycation is when glucose combines with certain amino acids.  More risk factors are explained on WebMD called Causes and Risk Factors of Alzheimer’s Disease.

Everyone should also be aware of the stages of so you can prepare for the changes that will take place in your loved one.  Dementia exhibits differently from individual to individual.  Check here for the different stages of that you can identify.

Aging is accelerated when you have lower levels of antioxidants in your system and when your kidneys are weak or malfunctioning.  The formation is also accelerated when blood sugar levels are high. Researchers think glycation and the formation of AGEs lie at the heart of the alteration of proteins in the brain that cause this disease. 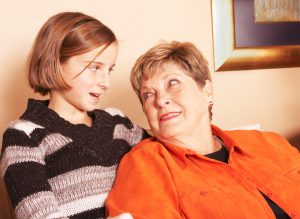 Everyone gets older.  There is nothing we can do about that. Age is an identifying known risk factor for Alzheimer’s disease. The disease is doubling every 5 years beyond age 65. However, now people younger than age 65 are getting Early Onset Alzheimer’s or EOA.  This can start as early as the late 40’s and 50’s!

Additionally, familial Alzheimer’s Disease is based on family history and the findings of specific EPOC genes.  It occurs later in life, and no obvious inheritance pattern is seen, just yet.  There is growing evidence that there is a strong genetic component to Alzheimer’s disease.  Researchers are seeking to better understand the genetic contributions to late-onset Alzheimer’s, beyond those related to APOE4, the strongest known genetic risk factor for the disease.

Additional risk factors, not so commonly known may a cause, is noted on the Alzheimer’s website in an article called ‘Causes and Risk Factors’ that also mention:

In 1965, researchers thought this disease was related to aluminum in the brain.  A study looked at the association of Alzheimer’s and lifetime exposure to aluminum in antiperspirants and antacids. Scientists found a direct correlation. The more antiperspirant used, the more likely a  person would develop the disease. Weird uh?  The same held true for aluminum antacids.

At this moment, there is no cure for Alzheimer’s disease. Various medicines slow the progression of Alzheimer’s. It is important to know the warning signs for each stage of Alzheimer’s and detect the condition early. If caught early alpha lipoic acid, better known as antioxidants  and other  treatments, both natural and medical remedies may help slow things down.

The hope is that these treatments, as well as clinical trials, can help in slowing down, if not curing the disease.