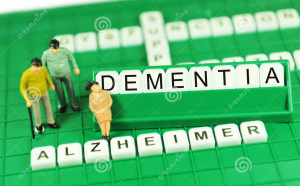 1. What is Early Onset Alzheimer’s

What is Early Onset Alzheimer’s. One of the things I keep seeing is the lack of distinction between Alzheimer’s and Dementia. People use the term together interchangeably, which clearly shows a lack of understanding between the two terms. Why do we care? Because one is the disease, and the other is a symptom of the disease! Did you know that? I didn’t know that nor what it meant?

I didn’t know until I was diagnosed with Early Onset Alzheimer’s at age 62. Additionally, I wasn’t aware that different types of diseases also exhibited dementia! Finally, I was amazed to learn that Alzheimer’s is a disease and dementia is a symptom. Dementia is associated with a few other illnesses that I never heard of, although Alzheimer’s seems to be the one condition most people know.

I say people are in denial because of the subtlety of the disease in the early stages. No matter when it begins or whatever the condition associated with dementia, I also know from experience that those afflicted know that something is wrong deep down inside. Why? Because life becomes confusing, frustrating, and frightening. How can life *not* be hard with progressive confusion, losing, or forgetting things?

I learned from experience. Early diagnosis and acceptance should push everyone to enjoy life every day, every hour, and every minute with joy. Why? We know not when, how, or how soon the disease will progress. The reality is that it will worsen over the years and our caregivers need to be aware of what’s coming.

The article here, “The Stages of Alzheimer’s helps you understand the different stages. Knowing and acknowledging the early stages can give you some insight into what will happen, and as scary as that is, it is better to understand and prepare. This preparation will allow those of us with Early Onset Alzheimer’s or other conditions with dementia to get help and understanding early. The sooner, the better! So what are your feelings about this? I’d love to hear your thoughts. Leave me a comment below to talk or if you have any questions.

Be well, be safe, be aware,