Did you know there were different types of Dementia? I didn’t. I had no clue that there was anything other than Alzheimer’sout there. Additionally, it was difficult to find out ‘what’ I had. All I knew was that I was having slight…very slight issues with my memory. In my journey to find out more about Early Onset Alzheimer’s, I discovered that there were different types of dementia. My neurologist told me that I did not have Alzheimer’s. So I questioned? What does that mean?  Do I have Early Onset Alzheimer’s?  My neurologist explained to me that I had only one component of the disease, which at the time, gave me short-term memory loss, but no dementia as of yet. I had no clue what the difference was.

My question was then ‘what is dementia?’  I wanted to talk to people like me. People who could sympathize and understand the issues I was going through.  I found groups, many on Facebook, with people all with different types of dementia. I discovered there is dementia associated with different types of brain conditions!  Here’s what I found and it may help beginners with a little clearer understanding.

Dementia is a symptom of Alzheimer’s disease.  Dementia is NOT the disease.  Dementia is a condition of Alzheimer’s or other illnesses that cause memory loss.  Many people say they have dementia instead of saying the actual medical condition they really have.  Maybe it doesn’t matter in the long run 🙂  However, it does help when we socialize to know what type of behaviors may come into play when talking with someone else who has dementia. Finally, doctors need to know the ‘condition’ the patient has in order to treat it effectively.

According to the national Alzheimer’s Organization, “Dementia is an overall term for diseases and conditions characterized by a decline in memory, language, problem-solving and other thinking skills that affect a person’s ability to perform everyday activities.”  Alzheimer’s is the most common cause of dementia.  Below are some of the other types of Dementia.  This is important to know as treatments are not a one size fits all. Symptoms identified for each disease could be different,  although they may be similar. Below see the most common forms of Dementia.

According to the AARP’s website, in the simplest terms, dementia is a nonreversible decline in mental function.

It includes several disorders that cause continuing memory loss, personality changes, or impaired decision-making.  Alzheimer’s disease is just one of them, says Dan G. Blazer, M.D., a professor of psychiatry at Duke University Medical Center.  To be called dementia, a disorder must be severe enough to interfere with your daily life, says Constantine George Lyketsos, M.D., director of the Johns Hopkins Memory and Alzheimer’s Treatment Center in Baltimore.

It is a specific disease that slowly and irreversibly destroys memory and thinking skills.  Eventually, Alzheimer’s disease takes away the ability to carry out even the simplest tasks.

Most of the time Frontotemporal degenerations (frontotemporal lobar degeneration (FTLD)) are inherited.  Doctors usually suggest genetic counseling and testing for family members if it’s found for a relative.

Vascular Dementia is caused by a deficiency of blood flow in the brain and can be a combination of two or more issues that affect problems with the lower blood vessels in the brain.  That leads to vascular cognitive impairment. Vascular dementia can happen at any and can be related to atherosclerotic disease or stroke.

I had no idea that there were so many different types of dementia. The link to this website provides additional types of dementia-related conditions. The above link will provide a good substance. A good place for information to know if we think we are having memory problems or dealing with someone who also might have some Alzheimer’s and its associated dementia.

The article on this Alzheimer’s website entitled ‘Types of Dementia’  gives a better, expanded explanation on the different types of dementia.  If you’re feeling unwell, forgetful, and expect something is going on with your memory, then talking to a Neurologist should be your first choice. The neurologist can provide all the necessary tests to make a correct diagnosis.

The bottom line:  It is important to get a correct diagnosis so those affected can learn how to manage life with dementia …or rule it out.  If tested, and you find that you do not have this condition, (always associated with some condition/disease), then a neurologist can send you to the appropriate doctor(s) for care, treatment, and/or therapies.

I hope this helps.  Make sure you come back and read the upcoming newest information on Dementia, Early Onset Alzheimer’s, and Alzheimer’s.

Leave a message or comment below to let us know your experience for yourself or a loved one. Please share how you or a loved one are managing. This will help others as well and that is our goal – to help educate and provide knowledge for those afflicted to live a little better, know what questions to ask, what physician’s to see, etc. on this topic. Hope you have found this helpful. 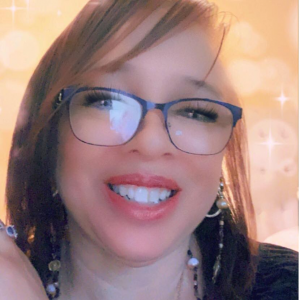