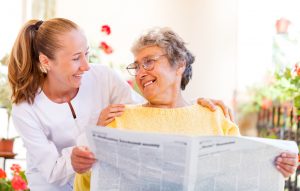 Almost two and one-half years ago I was diagnosed with Early Onset Alzheimer’s. Since that time I have searched for information and assistance to make my life one of value. I was still working, living normally when I was diagnosed. Even though I just recently diagnosed, I was aware that ‘something was wrong 5 years prior. It should not take 5 years to find out what is wrong. Then once diagnosed, my goal was to search and find as much health-related information as I could about this disease. My goal is simple: To share and provide information to others like me so we don’t struggle so much when diagnosed.  I didn’t know there were 7 stages of Alzheimer’s.  :0

By definition, Alzheimer’s starts after age 65. But Early Onset’ Alzheimer’s is anyone diagnosed prior to the age of 65. That was me and I’ve found many others. I perused the Internet, talked to my doctors, investigated clinical trials, and gathered as much information as I could. Finding these things made my life easier. I started joining organizations and talking to doctors about Alzheimer’s, but particularly Early Onset. I knew Alzheimer’s was a disease of forgetfulness for the elderly, but I was in my 50’s when I found out something was wrong.

What I learned about dementia and what it meant, scared me. This disease sometimes starts to manifest as early as someone in their 50’s. Each stage has different symptoms. Symptoms could be vague and simple. Sometimes almost impossible to determine between normal aging or Alzheimer’s or other brain-related disorders.? Not everyone is the same. The below Stages is a direct copy of  “The Seven Stages of Alzheimer’s based on Dr. Resierg’s system.” Although every person with Alzheimer’s experiences the disease differently, the information below will allow a  loved one, a caregiver, or a friend to know what to expect. I found this to be extremely important for my family to be prepared for the future. The most common system explanations, developed by Dr. Barry Reisberg of New York University, is described below in seven stages.

No symptoms are displayed.

The senior may notice minor memory problems or lose things around the house, although not to the point where the memory loss can easily be distinguished from normal age-related memory loss. The person will still do well on memory tests and the disease is unlikely to be detected by loved ones or physicians.

At this stage, the family members and friends of the senior may begin to notice cognitive problems. Performance on memory tests is affected and physicians will be able to detect impaired cognitive function.

People in stage 3 will have difficulty in many areas including:

During the fifth stage of Alzheimer’s, people begin to need help with many day-to-day activities. People in stage five of the disease may experience:

On the other hand, people in stage five maintain functionality. They typically can still bathe and toilet independently. They also usually still know their family members and some detail about their personal histories, especially their childhood and youth.

Stage seven is the final stage of Alzheimer’s. Because the disease is a terminal illness, people in stage seven are nearing death. In stage seven of the disease, people lose the ability to communicate or respond to their environment. While they may still be able to utter words and phrases, they have no insight into their condition and need assistance with all activities of daily living. In the final stages of Alzheimer’s, people may lose their ability to swallow.

Hope you have found this information useful. I know I’d rather be informed on what’s coming than to sit and worry. Two things you can do. Besides going to your regular neurologist, I recommend going to one of the NIC facilities in your state. They have the latest and greatest doctors, medical information, etc. Additionally, NIC may provide Clinical Trials in your area and can point you to them.  I go to my neurologist every 3 months and I visit the National Institute on Aging (NIA) Penn Memory Center twice a year to get the latest updates on clinical trials, tests, and recent information for a cure for this condition. We must stay in touch with the neurologists and current updates on a cure for Alzheimer’s to give yourself or someone you know the best care until they find a cure.