My mom had Alzheimer’s and in July 2005 she succumbed to the disease.  But way before that, we understood something was wrong.  After many tests, a diagnosis of Early Onset was made. She suffered for 10+ years before her death.  Information on Alzheimer’s was not so publicly shared.  I had no idea that ‘stages and behaviors’ came with the disease. My discovery of these ‘stages’ lead me to share this article below.  Preparation, both mentally and physically,  is good because it allows everyone  to prepare for the future.   The Alzheimer’s organization, with associated links below, describes each phase.

The Alzheimer’s Organization discusses a deeper breakdown of the disease.  It includes:

Dr. Barry Reisberg of New York University breaks the progression of Alzheimer’s disease into seven stages (see below ). It is along the same lines as the above, but has additional parts of his breakdown. The  below information, stages of Alzheimer’s, is straight from this website link.

Stage 2: Very Mild Decline – The senior may notice minor memory problems or lose things around the house. However, it may  not be to the point where the memory loss can easily be distinguished from normal age-related memory loss. The person will still do well on memory tests and the disease is unlikely to be detected by loved ones or physicians.

Stage 3: Mild Decline – At this stage, the family members and friends of the senior may begin to notice cognitive problems. Performance on memory tests is affected and physicians will be able to detect impaired cognitive function.  People in stage 3 will have difficulty in many areas.  Some of these include finding the right word during conversations, organizing or planning. Difficulty remembering names of new acquaintances.  Or they may also frequently lose personal possessions, including valuables.

In this stage, Alzheimer’s symptoms are apparent and includes:

The fifth state is a moderately severe decline.  During this stage of Alzheimer’s, people may need help with many day-to-day activities such as:

On the other hand, people in stage five maintain functionality. They typically can still bathe and go to toilet independently. They usually know their family members and some detail about their personal histories, especially their childhood and youth.

Stage seven is the final stage of Alzheimer’s. Because the disease is a terminal illness, people in this stage are nearing death. In this stage of the disease, people lose the ability to communicate or respond to their environment. While they may still be able to utter words and phrases, they have no insight into their condition and need assistance with all activities of daily living. In the final stages of Alzheimer’s, people may lose their ability to swallow.

Prior to the age of 65, Alzheimer’s is defined as early onset. Early Alzheimer’s symptoms look like normal aging with a slow decline. Identification may be more difficult if someone is  still working at their normal capacity. Symptoms can go unnoticed.  If  you notice some of the  items above, no matter how small, get yourself or a loved one to a Neurologist as soon as possible. Let the doctor confirm or deny the disease. The neurologist will run cognitive testing and a medical brain assessment like an MRI or Lumbar puncture to identify the disease.  Identifying the disease and finding out which stage of Alzheimer’s your loved one is in, is helpful for both patient, doctor and family to prepare the best for our family member.

4.  Awareness of the Stages of Alzheimers

Awareness brings on the ability to prepare for every day life. That may include using tools, diet, exercise, and medications.  Make sure the neurologist is aware of any family history, short term memory loss or confusion, getting lost in familiar places, etc. The doctor will need a full description to help determine if Alzheimer’s is the problem.

Since there are medications, diets, and strategies to keep the disease at bay, it is critical for early detection.  It is also critical to try to maintain life as easily as possible.  You can try this book, One More Thing, Before I Forget, A Resource Guide For People With Early Onset Alzheimer’s.  It will help people with Early Onset get through each day by presenting you with information that can help you manage your life. It’s full of hope, tidbits and other information to help us get along. I hope this article helps in some way.  Please leave a comment and tell me what you think or ask any questions you may have! 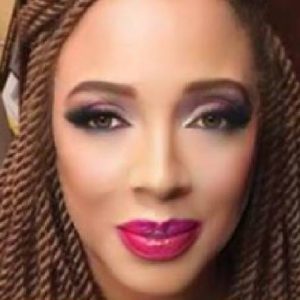