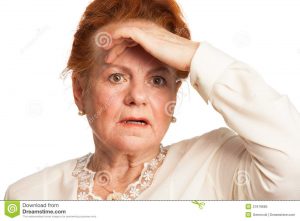 1.  What Is Early Onset Alzheimer’s?

Alzheimer’s is a slow progressive neurodegenerative disease. It is a decline in cognitive abilities which affects a person’s day to day life, thinking, and activities.

Early Onset Alzheimer’s (EOA) is Alzheimer’s disease for people under the age of 65. This means someone can get the disease early – sometimes as soon as the late ’40s or early ’50s.  A person with EOA can’t quite put their finger on what is wrong, but usually senses there is ‘something.’  Most people put off the symptoms as just ordinary aging.

2.  Where Does Early Onset Alzheimer’s Begin?

Early Onset Alzheimer’s (EOA) usually starts with short term memory loss and mild cognitive impairment. According to this website, there are approximately  200,000 people in the U.S. who currently have EOA.

Because Alzheimer’s is not a ‘normal’ disease for people in their late 40’s, early 50’s or even early 60’s, many doctors won’t look for Alzheimer’s.  Why? Because by definition, the person is too young for this disease.   If someone is under the age of 65 and complains about forgetfulness,  the doctors will typically assume the symptoms belong to some other ‘condition. For instance, Lyme’s disease can cause short term memory loss. Other things like blood clots, concussions, depression,  anxiety, or substance abuse may also display with short term memory loss.

When EOA starts, the symptoms are hardly noticeable. As the disease progresses dementia, forgetfulness, moodiness, and massive personality changes can appear. Frequent mood swings may also start to appear.  In later stages,  language and speech may be affected. However, it is important to know Alzheimer’s disease does not affect everyone in the same way, or at the same rate of progress. This can make the disease quite difficult to diagnose.

With EOA, due to short-term memory, someone may choose to hide it or shield themselves as they are aware that ‘something is wrong.’  They may not know exactly ‘what’ the problem is, and continue to struggle with the basics of living every day.  To avoid embarrassment, shame, or conflict, they may isolate themselves from people.

Early Onset progresses and starts to move into the more severe symptoms of full-blown Alzheimer’s, a person may start to seek assistance.  Their speech may become affected. Depression, irritation, and restlessness are some of the common traits during this stage of the illness.

Slowly, a person becomes disabled over the years. Unable to feed, dress, or care for themselves. They may get lost traveling in familiar places. They may remember past incidents but can’t recall the very recent ones.

If you suspect that you have issues with your memory that are beginning to annoy you or prevent you from functioning well at work or home, you may want to see a doctor right away.

The neurologist is the doctor of choice to assist you.  A neurologist will be able to diagnose, treat, and provide medical assistance. After testing and examination, if it is not neurological, they can direct you to the right doctor. Why?  There are many other reasons for short term memory. There is Lymes disease, Vascular dementia, Lewy Body’s Disease, or some type of brain injury.  So the right doctor is important for diagnosis who can identify the disease and provide the right medication and care.

If you are diagnosed with Early Onset, there are medicines to slow down the progression of the disease.  There are additional strategies as well. Click here for additional information on different approaches that help.

Alzheimer’s disease is not curable at this time, but there is promising research that may lead to a cure one day. In the meantime, we must take care of ourselves with diet, current medication, supplements, exercise, both physically and mentally. This helps to oxygenate the brain that will help you continue to function as long as possible.

Remember, Early Onset Alzheimer’s can go on for a while. It could be 7, 10, or 20 years. No one knows the time or how long it will be before full-fledged Alzheimer’s becomes prevalent. I’ve met people who have been living with EOA for 15 to 20 years. That gives me hope and encouragement as they are still functioning, communicating, and socializing although life is not always easy living with this condition.

When I was diagnosed with EOA, I thought in the beginning that I would be unable to function. But there are new resources like technology, early diagnosis, education, tools, tricks, and medications to help us with day to day living.  The point is, you can function with Early Onset Alzheimer’s. Don’t stress. Check out this book ‘One More Thing, Before I Forget: A Resource Guide for Early Onset Alzheimer’s.”  It will provide you with important information and access to resources on how to live with EOA. I promise it is the book to read if you are suffering or suspect Early Onset Alzheimer’s.

If you have any additional questions, drop me a line in the Comments section. Thanks.